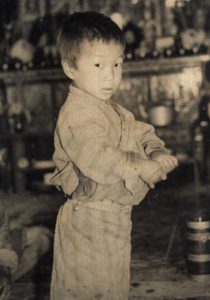 His Eminence Khentruel Baza Guru Rinpoche, the reincarnation of Trulku Baza Guru Rinpoche Karma Samten, popularly known as Vajra Guru Rinpoche, was born on June 20, 1974 in a village called Sheri Muhung near Ajeney in Mongar. His father is Phuntsho Rabgay and mother is Sonam Choden. His birth was marked with auspicious signs and at a young age (as soon as he was able to speak), he could remember his past life vividly. He repeatedly insisted that he be taken to visit Drupchu Gonpa in Drametse. When he was taken there, he could recognize and recall the names of all his followers from his previous life. There, he was presented with his prayer beads, texts and other belongings. He was able to accurately identify those items and everyone present was convinced that he was the true reincarnation and thereby recognized and enthroned him as the Trulku of Vajra Guru Lama. However, being born of a humble family in a remote place, his parents were unsure of what to do next and decided to enroll him in a nearby secular school in Yadi.

At the age of 5, while attending school in Yadi he began to learn how to read and write. Later he fell ill and left school to live with his grandfather, Kuenzang Dorji, where he learned by reading the Sutra called dorji chodpa and memorized some prayers. For a long while, he lived in the village. Due to the blessings and compassion of Guru and Enlightened beings, and by the kindness of Lama Sherab Dorji and Lopen Tenzin, he enrolled in Simtokha School.

In 1993, he left for a Dialectic School to Drepung in South India to study Logic from the 100th Gaden Thri Rinpoche. The study of Logic consisted of Duedra, Tarig, Drud Due and Tsema Namdrol, and he spent three years studying further. He then returned to Gangteng Shedra as a teacher where he taught Logic and assumed the role of a Chorpon (Revision Master). By the time he was in his fourth year of education, he was both teacher as well as student.

In 2004, when he reached the 5th and 6th year of his education, he was appointed as principal of the primary levels. In his 7th, 8th and 9th years, he was appointed as Head Revision Master as well as Umze (Chant Leader). Additionally, he taught his peers how to perform rituals and assumed disciplinary and managerial responsibilities.

In 2004, Khenchen Pema Sherab and Khenchen Namdrol were invited to the Shedra to teach. He took that opportunity to further refine his learning. In 2005, he was appointed to Vice Principal of the Pema Choling Nunnery Shedra in Bumthang for a period of time. After that he left to undertake the traditional three years retreat in Kuenzang Choling in Gangteng Gonpa.

In 2009, he was sent as the representative of His Holiness the Gangteng Trulku Rinpoche in Chaskhar in Mongar, as the principal of the Shedra as well as the retreat Master of Aja Drubdey.

In 2012, he was enthroned as the Khenpo (Khentrul) during the Lama Norbu Gyatsho Drubchen amidst a huge gathering of sangha in Gangteng Monastery.

Khentrul Baza Guru Rinpoche had the great fortune of meeting and receiving many teachings and empowerment from renowned masters of many different traditions. To this day, he is actively engaged in the spreading of the Dharma and teaches the children in residence at Sangay Choling Monastery in Bhutan. 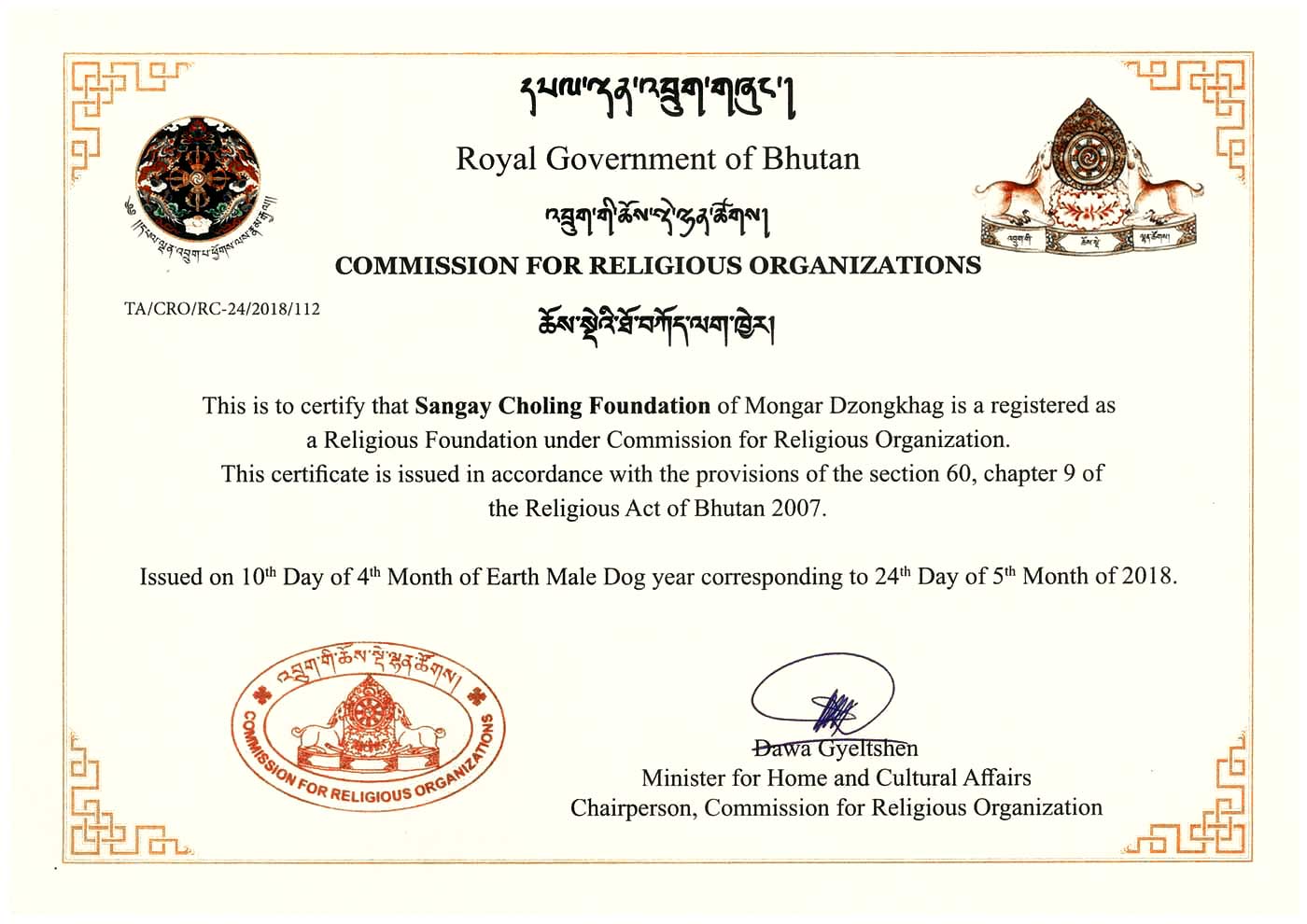